February 10, 2012
There is nothing more satisfying on a cold winter day than a hearty soup. This one fits the bill. Incredibly easy to start, this soup cooks unattended in the crock pot. Use high heat if you want soup in a few hours, or low heat for an all day cook. A few steps at the end to finish, and delicious satisfying bowl is just a scoop away!

Remove bacon from freezer and cut in half. Slice half the bacon very thinly (1/4") and put in the crock pot. Slice the rest 1/2" thick and cook until crisp. Drain and set aside. Slice leeks into 1/2" thick moons, add to crock pot along with potatoes, onion, garlic, stock, salt, bay, thyme and peppercorns. (Tie the bay, thyme and peppercorns in a piece of cheesecloth if you don't want to fish for the items later.) Give the pot a stir, adding more stock to just cover the ingredients. Cook on high for 4 hours or low for 7-8 hours. Add the evaporated milk and sour cream. Using a potato masher, smash the soup until it is just chunky. Allow to cook another half hour. Adjust seasonings as necessary. Stir in the crispy bacon, and serve.
SOUPS

4 ingredients, that's it. And what you get is juicy flavorful chicken with a crispy bacon crust. The only worry with this dish is the grill flaring up. Solve that problem by enjoying your favorite grilling beverage while attending to the pork robed birdy bundles. 1 pkg boneless skinless chicken thighs (8-10) 1 lb. bacon 2-3 teaspoons garlic pepper seasoning 1 teaspoon salt Preheat grill to medium heat. Trim excess fat from the chicken thighs. Sprinkle with garlic pepper seasoning and salt on both sides.  Roll chicken into bundles and wrap with bacon. Depending on your bacon you may need two slices. I use a normal cut for this dish. No need for toothpicks, as the bacon cooks it tightens around the chicken. Place chicken on grill and turn every 3-4 minutes until cooked through, about 20-25 minutes.  Let rest for 5 minutes before serving. 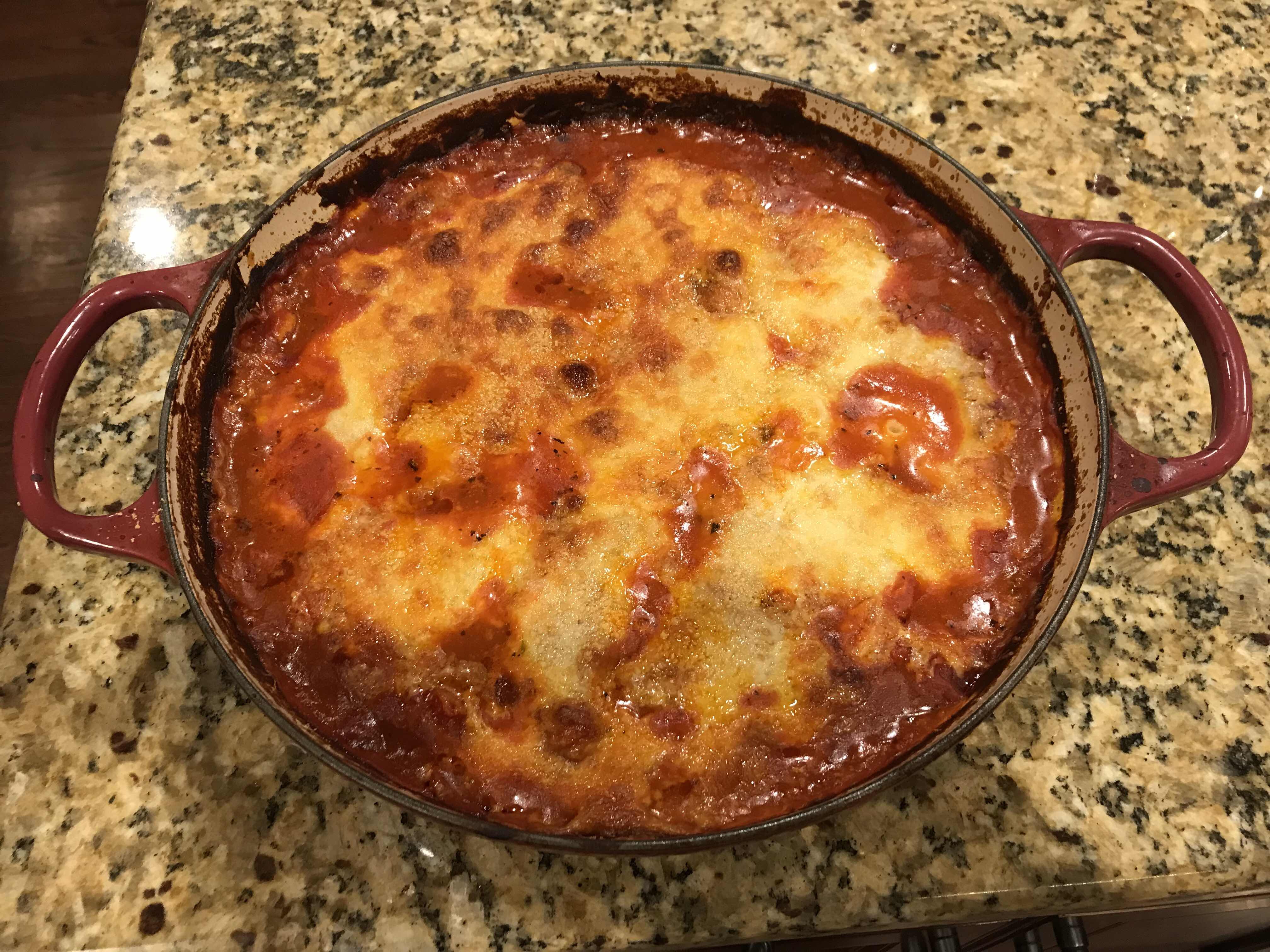 Baked Chicken Parm. Last nights dinner. All in one pan. No frying necessary. I make my own sauce in the skillet first. 1 small onion minced, 1 T minced garlic. Sauté in one T olive oil until translucent. Add one 14 oz Can petite diced tomatoes, 1 14 oz can tomato sauce, 2 tsp Italian seasoning. Salt and pepper to taste. Simmer for 20 to 30 minutes. Cut 1 1/2lbs chicken breasts on the diagonal 1/2” thick. Put one cup of grated Parm cheese on a plate. Remove half the sauce from the pan. Press the chicken into the Parmesan cheese then layer into the sauce. Top with the reserved sauce. Sprinkle with remaining Parm and one 8 oz bag of mozzarella or Italian cheese blend. Bake at 375 until bubbly and golden, 30-40 minutes. Let’s rest 5 minutes and enjoy. This recipe is GF! 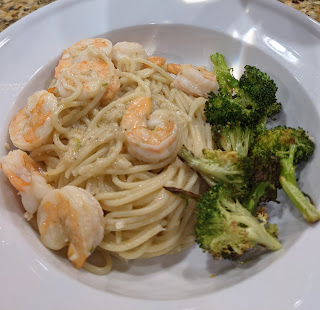 Scampi Sauce for Seafood and Pasta

I'm writing this a a sauce post because I don't want you to think that the only way to serve this dish is with shrimp. This sauce has so many uses, with chicken, seafood of all types, vegetables or a combination of all of these. Use your imagination, let it take you to an amazing meal! Scampi Sauce for Seafood and Pasta 5 cloves of garlic, minced (about 3 tbsp) or 2 tsp Epicure minced garlic 2 T olive oil 1/2 t salt Pinch or two of crushed red pepper (if desired) 3 T butter 2 T white wine, dry sherry or vermouth 2 T fresh lemon juice 2 T breadcrumbs 2 T grated Parmigiano Reggiano cheese 1/4-1/3 c pasta water (if using as a pasta sauce) In a saute pan heat olive oil over medium low heat. Add garlic and cook, stirring often until it is translucent and fragrant. Add butter, salt, crushed red pepper and white wine. Simmer for 3-5 minutes. Add seafood or protein of choice (I used 14 large shrimp for the two of us). Saute until seafood is cooked through. Add breadcrumbs and cheese, s